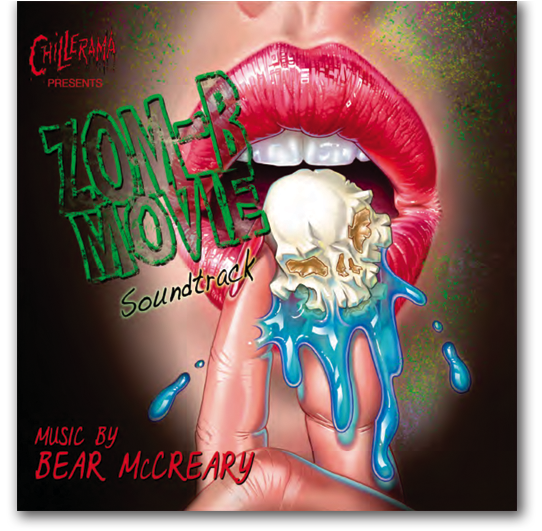 I am proud (or should I be ashamed?) to announce that BuySoundtrax has just released my newest Zombie film score: Chillerama Presents… Zom-B-Movie.  The CD is available now from the label’s website and the first hundred orders will receive copies autographed by myself, director Joe Lynch and Young Beautiful in a Hurry frontman Brendan McCreary. For those hoping to stuff their digital stockings this holiday, the album is now available on:

Zom-B-Movie is the “wrap-around” segment of the larger anthology film “Chillerama,” which has been experienced in exclusive drive-in screenings around the world this fall and debuts on BluRay / DVD on November 29th.  I sat down with director Joe Lynch for a blog-exclusive chat about the blood, sweat, tears and various other bodily fluids that went into the creation of Zom-B-Movie and its recklessly ambitious score.  (Be warned, this video blog is probably not safe for work!)

The majority of the score is steeped in 1980’s nostalgia.  I borrowed (the appropriate word is “homage,” I hope) from Jerry Goldsmith’s scores from this time period, and tossed in some John Carpenter influences as well.  As I grew up, Goldsmith’s horror / adventure scores engrained themselves deep in my brain, laying there, dormant for years. I liberated these synth-tastic sounds (the very sounds I had spent a dozen years of classical training trying to outgrow) and had a damn good time doing it, as you can hear in this clip:

One of the things I admired about Goldsmith is that he always used synthesizers to add personality to his music, but he never let the sounds dominate the score or clutter his orchestral writing.  (That statement willingly ignores his score for Mr. Baseball which I also enjoy but for the opposite reason!) 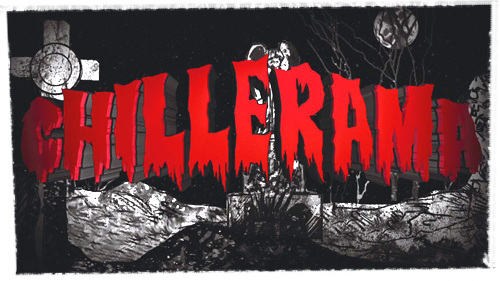 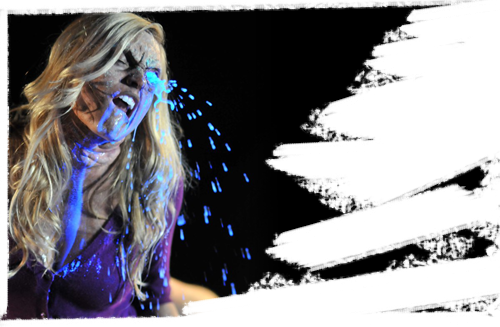 Some of the instrumental colors in this score are, for me, pure delights in sound.  Listen to the playful combination of harpsichord and ondes martenot, chamber orchestra and vibraphone that drift beneath director Fernando Phagabeefy’s on-camera appearance:

And then, to top it all off… there’s Deathication.  This psuedo-movie-within-a-movie mercifully only lasts two minutes.  But, it’s two minutes of shit-flying-fun, the most outrageous footage I’ve ever scored (or acted in for that matter!).  For the sequence, I crafted a hilarious 1970’s inspired disco / funk track.  And had a blast doing it:

Not content to just have a two-minute jam on my record, I set out write the true version of the song, and resulted in the epic and sprawling Deathication (Movement Number Two).  This soaring masterwork clocks in at over 19 minutes long and closes out the album.  The song includes face-melting guitar and drum solos, funky clavinet and rhodes playing by yours truly and a spoken word poem written for the piece by Raya Yarbrough and performed by Joshua Silverstein, among many other musical surprises. 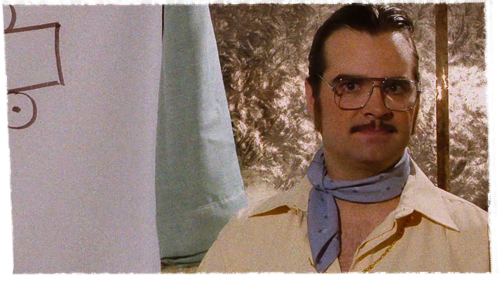 Sadly, though, the score is not without its share of controversy.

Director Fernando Phagabeefy audaciously believes the score to Deathication was written by my long-lost step-uncle, Lion MacGillicutty, in 1976.  Phagabeefy even put Lion’s name in the film’s credits and has the nerve to make this claim in my own album’s liner notes (“The sound is so rich and truly “Funky” you can even hear the musicians playing it soiling themselves with delight at every note played. Its a score to truly diarrhea for and one you will drop the kids off at the pool to obtain.  I wanted to harness those pungent emotions onto celluloid, and with the help of talented (f)artists like our composer, Sir Lion Magillicutty, we created a true film for the ages. — Fernando Phagabeefy, Zom-B-Movie Liner Notes”). 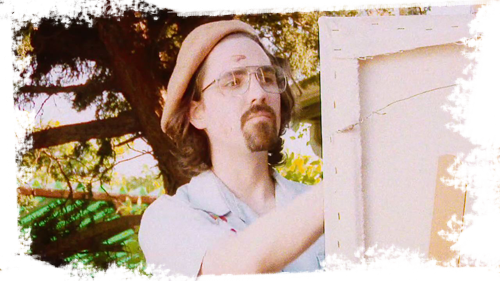 However, I assure you that I, indeed, composed the Deathication music and will no longer tolerate Phagabeefy’s outrageous claims to the contrary.  (I can say no more because of an impending lawsuit: I am suing Phagabeefy for defaming my reputation as a composer and I am currently seeking damages of $20, roughly 50% of the film’s profits.)

But, don’t let that little scuffle “soil” your experience listening to Deathication! 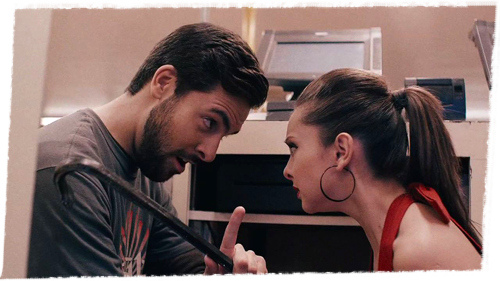 Besides having a fantastic experience with the music,  Zom-B-Movie brought me new challenges and new rewards. I directed my first music video for the film: “I Don’t Want to Die a Virgin,” for my brother Brendan McCreary’s band: Young Beautiful in a Hurry.  This rockin’ YBH single is available exclusively on the Zom-B-Movie soundtrack!

Brendan starred in Zom-B-Movie as Ryan, one of the charming yet doomed teenagers, and so we all thought it was fitting that his song should close the entire film and be featured in the end credits.  (Check out my blog entry about the video for some fun behind the scenes photos!) 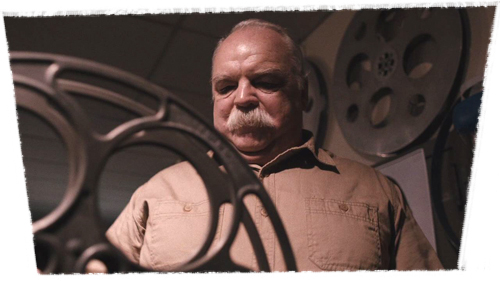 My score for Zom-B-Movie was a labor of love, and a damn good time.  The music is both epic and simple, sophisticated and juvenile, terrifyingly dissonant and even occasionally melodically tender.  Writing this score made me feel like a kid again, crouched before an analog TV set flickering with a VHS copy of “Gremlins.”  I hope it can do the same for you.

1. I Don’t Want to Die a Virgin
music and lyrics by Brendan McCreary
performed by Young Beautiful in a Hurry

Chillerama comes out on BluRay / DVD on November 29th, from Image Entertainment.

The Zom-B-Movie soundtrack is already unleashed on iTunes and Amazon MP3.

To order the CD, visit

LOS ANGELES SIGNING:
Fans in the Los Angeles area should stop by Dark Delicacies on November 29th at 7:00pm for an exclusive Chillerama signing!  I will be signing copies of the CD and DVD with fellow cast and crew including directors Adam Green and Joe Lynch, and star Brendan McCreary.  It’s going to be a fun hang, so we hope to see you there!  And if you can’t make it, their site will allow you to order personalized signed copies of the BluRay, DVD and CD, as well as my score for The Cape. (International orders are accepted).  This is your chance to get some autographed gifts for the geeks in your family this holiday. 🙂