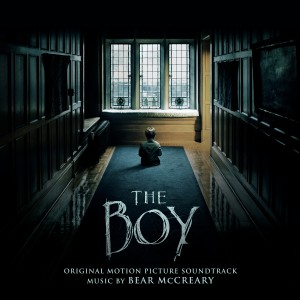 In “The Boy,” a new psychological thriller film from Lakeshore and STX Entertainment, Lauren Cohan plays Greta, an American nanny who comes to a work for an English family, only to discover that their son Brahms is a life-sized porcelain doll. The film is smart, intimate and well-paced. I was thrilled to be brought on board to compose the score.

“The Boy” has a disturbing premise, and is genuinely terrifying. (I cringed back into my seat at my first viewing!) And yet, I did not feel compelled to focus on the terror with my music. The film’s success comes from the audience following Greta on her journey. She begins skeptical that Brahms is alive, as any sensible person would be. As the film progresses, she gradually comes to question her senses, her convictions, even her sanity. This was the character arc I wanted to highlight with the score: Greta’s growing relationship with Brahms, and her transformation from skeptic to believer. 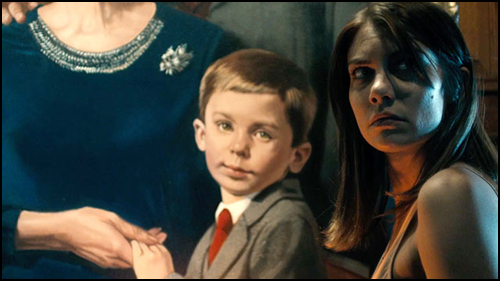 Greta and Brahms are the two primary characters in the film, so I knew I would need two musical themes, one to represent each of them.

I introduced the Greta Theme at the very start of the film, playing it on solo piano:

Her theme is melodic, introspective and brooding. I featured it prominently in her first and last scene, and threaded it throughout the score, tying the film together. I am especially fond of the way her theme sets the mood for the film’s first three minutes, as she is driven up to the house. The solo piano and large orchestral strings create a gothic mood, evoking the old English countryside home that serves as the film’s setting. The simple waltz melody also suggests Greta has an inner vulnerability, perhaps even a secret. The whole sequence is beautifully shot and edited, and the score helps draw the audience into the world of the film, before even a line of dialog is uttered. 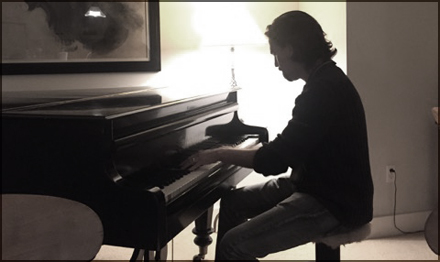 The melody, famous for its association with sleeping children, is well suited for The Boy, even making a couple brief cameos in the film itself, while Greta plucks it out on a harpsichord. This was all too much for me to resist! I incorporated the Brahms Lullaby melody into the score as the theme for the doll.

I frequently featured the Brahms Lullaby melody on a delicate little music box sound. I wanted the music box sound to be unique to this film, to feel discordant, like something was off. To achieve this, I layered different sounds together until I perfected the exact sound I imagined. I sampled a real music box (an old gift from my brilliant sound designer and composer friend Jonathan Snipes), for a frail, plucked sound. I then layered in detuned pianos, autoharps, dulcimers, ethnic bells, celeste, glockenspiel and harp, panning them around the mix. The creaky, off-kilter music box sound was the result of hours of tinkering with live instruments and samples, ironically the most time-consuming aspect of the score. 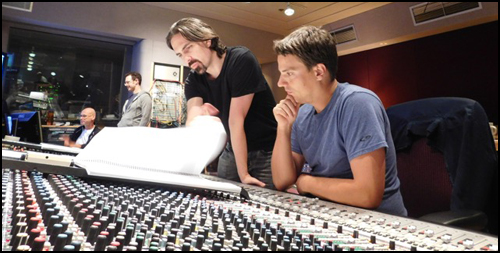 As the film progresses, Greta gradually comes to believe that Brahms is alive. To highlight this arc, I brought his theme to life. For the middle portion of the film, I moved the Brahms Theme away from the creepy music box tones, to a solo viola. The viola is rich and sonorous, played with vibrato, giving the melody new expression. Then, later in the film, the theme is played with the rich, deep tones of orchestral celli and basses. This gradual expansion of the Brahms Theme throughout the film underlines Greta’s changing perception.

“The Boy” is my first film mixed in Dolby Atmos, a surround sound technology that creates a more distinct sense of space, adding overhead speakers. My mixing engineer Steve Kaplan split out layers of my score specifically so the dubbers at the film mix could incorporate the music into the Atmos speakers. The film producers, especially Gary Lucchesi, were eager to push the boundaries of Atmos in music mixing, encouraging a fully immersive musical experience. If you can see “The Boy” in a theater equipped with Atmos, I highly recommend it.

Scoring “The Boy” gave me the opportunity to work with a fantastic team of talented, collaborative people. This marks the second time I’ve written music for Lauren Cohan, after working with her on “The Walking Dead.” I was thrilled for the chance to work with talented director William Brent Bell, whose horror genre intuitions provided helpful guidance. I also enjoyed collaborating with producers Tom Rosenberg, Gary Lucchesi and Richard S. Wright, who helped shape the dramatic tone of the score. I also got collaborate with my friend Brian McNelis, who co-produced my brother’s outstanding “Songs of Defiance Season 2” album last summer.

Speaking of soundtracks, Brian and I collaborated again to produce Lakeshore Records’ release of my original score for “The Boy,” available January 22 from iTunes, Amazon, or your favorite digital retailers, with a physical CD release planned for the very near future.

I think the soundtrack album really weaves a spell, following the Greta’s arc throughout the film. My favorite tracks are “The Boy Main Title,” the piece featuring Greta’s Theme, and “Out of the Mirror,” one of the most blisteringly intense cues I have ever composed.

The album also features a cool bonus track, “In My Dream,” composed and produced by Brendan McCreary, featuring Fyfe Monroe on vocals. “Over the years, listening to Bear’s scores time and time again I would come across a passage or a vibe, or a percussion pattern that I found particularly exciting or interesting,” Brendan said recently. “I thought to myself, wouldn’t it be awesome to remix this into something?! When I heard some of the ambient horrifying textures on his score for The Boy I just put my foot down and decided this was the time. Creeping and weeping orchestral loops provide the backdrop for a song about someone who can’t tell if hey are losing their mind or not. It works splendidly well. The acid bass and industrial drums were there to give it some old school Nine Inch Nails flair…and thankfully Miss Fyfe Monroe was there to put her eerie and haunting vocals down to seal the deal. I couldn’t be happier with the result!”

I second Brendan’s opinion.  I couldn’t be happier with how the song and this score turned out.  It’s gothic, moody, terrifying and also emotional where it needs to be. This movie really surprised me, and I hope that audiences around the world have the same reaction. With “The Forest” and “The Boy” both in theaters this month, 2016 has gotten off to a good start. But, there’s more exciting musical opportunities coming up, so stay tuned for updates.