I actually haven’t seen this week’s episode, Rapture, yet (with all the complete visual and sound effects), so I’ll be watching it on Sunday at the same time as you guys. I’ll offer some insightful tidbits about it in a few days. 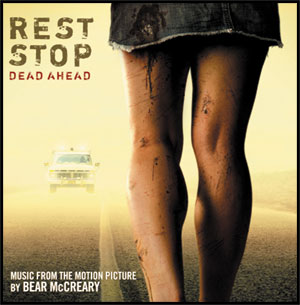 However, let me take this opportunity to post something I should’ve done months ago. My soundtrack album for Warner Bros.’ film Rest Stop is finally shipping (from Amazon.com and its now on iTunes too) and Battlestar Galactica fans will really dig it. The album includes my complete score, and three original songs as well.

I scored this fun little horror movie during the break between Battlestar seasons two and three. Its has some great scares and the director, John Shiban, basically let me do whatever I want! The story is about a girl named Nicole who gets stranded at a rest stop in the middle of nowhere, stalked by a sadistic truck driver who we increasingly suspect is not entirely human. 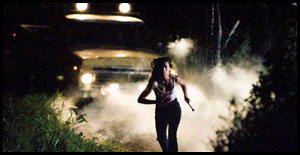 Since the story took place out in the countryside, I thought it would be cool to create the score entirely with country / western instruments. You’ll hear electric fiddle, accordions, guitars, mandolins, and above all, a wailing distorted banjo that has been mangled almost beyond recognition.

It’s the same stylistic approach I take on Battlestar, using a small ensemble of ethnic instruments to create the textures we’re used to hearing in big orchestral settings.

I was skeptical at first of even doing a horror film, since their scores can often resemble tangled, atonal noise. But John let me create a very melodic soundtrack, actually quite traditional in its structure. Every character ended up with a unique theme, performed by a distinct instrument. 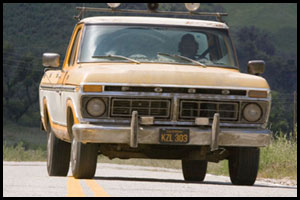 My inspiration for “The Driver’s Theme” came from the classic Ennio Morricone / Sergio Leone collaborations of the 1960s. In the Man with No Name trilogy, Morricone would assign a solo instrument to solely represent a particular character. This technique was developed to its zenith in Once Upon a Time in the West, where Charles Bronson’s character was not only represented by a harmonica in the score, but he also played one on screen… and his NAME was “Harmonica!”

John Shiban’s villain, The Driver, doesn’t have a name, but if he did it would probably be “Banjo.” This instrument, distorted and overdriven to the breaking point, performs “The Driver’s Theme” literally every moment that he or his menacing yellow pickup are on screen.

“Nicole’s Theme” is a haunting melody heard at the bottom register of an alto flute. And each of the unsavory characters she encounters at the rest stop has a unique musical signature as well.

Here’s a quick breakdown of the album:

(Click on linked song titles to hear an excerpt) 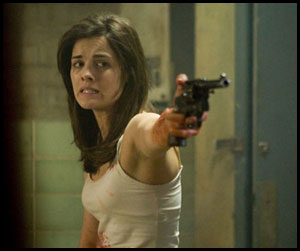 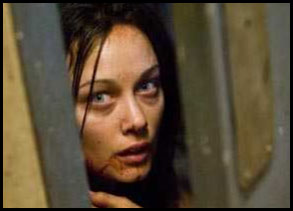 7. The Driver Closes In 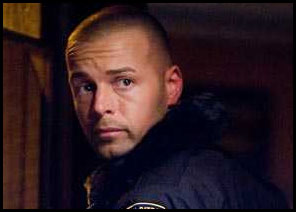 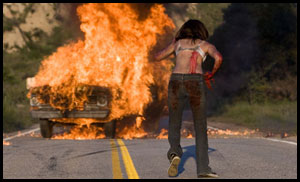 Well, there it is. I’m really proud of this record. Listening back to it, even after just a few months, I can hear that its a stylistic bridge between Battlestar Galactica season two and three. Besides, it was a welcome vacation from taiko drums!

The Rest Stop soundtrack album has been released by Plan R Records, and is available at all music retailers, including Amazon.com and iTunes.