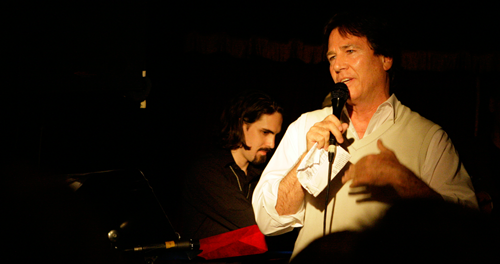 Richard Hatch was my friend. And tonight he is gone.

I first met the dynamic actor, who played Captain Apollo in the original Battlestar Galactica and Tom Zarek in its reincarnation a quarter century later, while I was scoring the new series’ second season. He was the first actor on the show I had the pleasure of meeting, when he interviewed me for a fan website. He quickly put my starstruck nerves at ease with his obvious passion for storytelling. I instantly recognized him as a man for whom art was a spiritual experience. A genuine curiosity about life, music and story radiated from him.

In the summer of 2006, I had the wacky idea to perform my music of Battlestar Galactica live in concert, at a little restaurant on Pico called The Mint (holler if you were in attendance!). I audaciously approached Richard to be the host for the evening. Looking back on the moment I called him, I must laugh at myself now for being so nervous. I obviously didn’t know him that well yet! Knowing Richard like I do now, I know he would never miss at an opportunity to connect with fans, to be a part of something artistic, and to support one his life’s great passions: Battlestar Galactica. 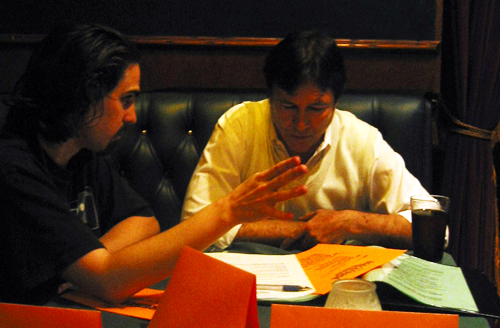 (Going over the set list before the first Battlestar Galactica concert)

That first BSG concert at The Mint was modest in comparison to subsequent events my band would stage in later years, at The Roxy, the House of Blues, California Plaza and more. However, I will always remember it fondly because it was during this event that I realized what a truly compassionate and effortlessly enthusiastic person Richard was.

(Richard on our stage again, with the BSG family, at a Comic Con concert in 2009)

After the concert, Richard asked me if I’d ever been to Comic Con (I had not). He insisted that I join him on his Galactica panel a few weeks later, and so, without knowing at all what to expect, Raya and I ventured to San Diego to meet him outside the convention center on a searing hot July morning. He met us in a frantic hurry. He was running so late that we were in serious danger of missing his panel entirely. He had barely finished shaving (he missed a few spots), and had thrown on a ratty t-shirt as he blasted out the door. But, his fans didn’t care and neither did he. His excitement was contagious. The roiling seas of costumed fans parted for him. He swept us up in his wake, and scurried us to the panel, where thousands of fans awaited his arrival. 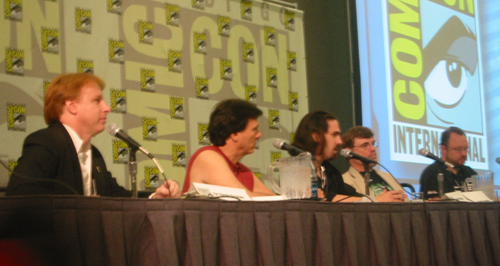 Going to Comic Con with Richard Hatch was visiting Camelot with King Arthur. The table at the front of that ballroom was his Round Table, and I felt like one of his knights. My adrenaline rush told me that I would return to Comic Con frequently.

Richard had offered to share his signing booth with me, so I met up with him after the panel. He laughed at me when he saw I had brought a box of only twenty soundtracks to sign. They were gone in a matter of minutes. He, a seasoned convention veteran, had brought a cart with thousands of headshots, books, and other memorabilia. Watching Richard talk to fans was inspiring, because he gave them all his attention, indeed, all of himself. He was as present in the moment as they were. 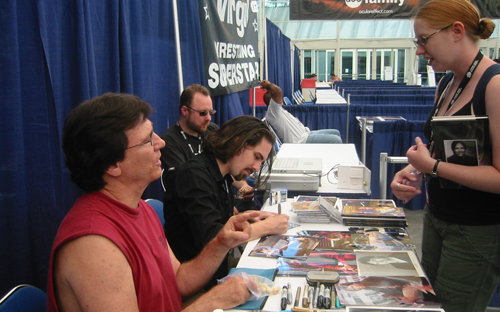 I hung out with him for the afternoon, sitting at his booth, signing whatever trinkets (or occasional body parts) fans offered. Very few fans recognized me, and yet Richard was extremely gracious, introducing me enthusiastically to literally every single fan approaching him. I can still hear his echoing voice proclaim “And do you know Bear McCreary? He’s the composer of the new Battlestar Galactica!” 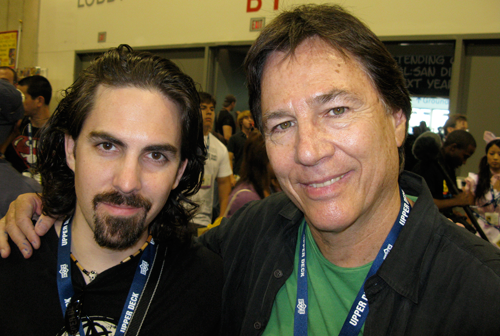 Richard was right. Comic Con was addicting. I have returned nearly every year since, and I feel that the Battlestar Galactica fan community is my extended family: a family I met through him. My experience now is very different, because I learned from the best. When I go to Comic Con now, I feel as comfortable as he did, basking in the collected glow of thousands of fans who love all the same things I love. It is possible that I might never have discovered that sense of community were it not for my friendship with Richard.

In the years after Battlestar, Richard and I kept in frequent contact. He often livened up our house parties. He was there dancing with my friends and family when Raya and I got married. He was one of the first people to congratulate me when I become a father. At every Comic Con, I would sneak to the front of his lengthy autograph line to surprise him with a hug. My day always brightened when I saw him, and I always loved hearing about the ambitious new projects he was involved in. There were always new projects.

I learned many things from Richard Hatch, but perhaps this will prove to be the most valuable: success and failure don’t change a person, so just be the person you want to be, in the glow of success or in the shadow of failure. Richard’s career had its fair share of ups and downs, and yet his outlook never darkened. He was proud of the past, and yet always looking ahead, to a busier, brighter future. (This is a habit I have worked to develop in myself.)

One of his passion projects was a revitalized continuation of Battlestar Galactica, a project he promoted, fought for, and even shot a concept film of, over the course of years throughout the 1990’s and early 2000’s. Ron Moore’s 2003 mini-series iteration utterly destroyed any hopes of Richard’s concept ever being made officially. No one would have blamed Richard for harboring deep animosity over this. But, this story (indeed, it has become legend) is where Richard’s true spirit shines through. Richard invited Ron to a convention to speak to a hostile audience of BSG fans who were skeptical of the changes being made to their beloved franchise. Richard calmed the crowd, and implored them to respect, if not Ron’s creative vision, at least his willingness to show up. Ron survived the night unscathed! Richard did this because he truly loved Battlestar Galactica, and wanted it to succeed, even if that meant all his personal effort, time and money on his own version had been squandered. That, dear readers, is true love.

Richard’s selflessness and grace did not go unnoticed. When Ron’s visionary new take on Galactica evolved from a mini-series to a full series, he rewarded Richard with the most complex and layered role of his career: Tom Zarek. Zarek is the type of character that actors dream of. Richard played him to perfection, shading him at times as a misunderstood savior, an enigmatic villain, and a tragic anti-hero. In an ensemble cast, already packed with some of the best actors and best-written characters in the medium, Zarek was an essential piece on the chessboard. Richard’s dual roles in dual incarnations of Battlestar Galactica made him an icon of television, and an icon of science fiction… not once, but twice. He had a bigger impact on the world than most people ever dream. And yet, he was still reaching for new projects over distant horizons. 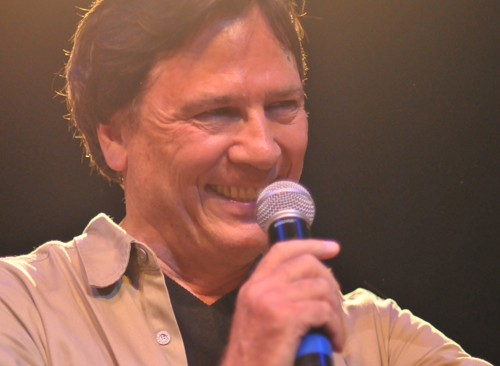 Of course, none of that is on my mind tonight. Instead, I just consider a few realities. Comic Con will be less lively now that its King Arthur has fallen. The next time the Battlestar Galactica family gathers, there will be another empty chair. Regardless of how many concerts lie in my future, that energetic artist who hosted my first can only attend in spirit.

Richard Hatch was my friend. And tonight he is gone.