I’m Scoring an Anime Movie! – UPDATED: With a Message To Fans 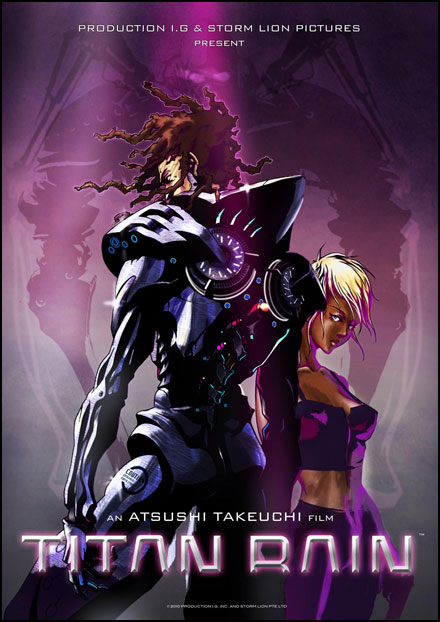 I will be scoring Titan Rain, a new anime film from the producers of Ghost in the Shell.  The announcement of both the film itself and my involvement in it was made today at Animation Asia Conference 2009 in Singapore.

For me, its an incredible opportunity to work in the sci fi anime genre.  Films such as Akira and Ghost in the Shell were a part of my first inspiration to become a composer, so this really is a dream come true.  And Titan Rain looks like it will deliver a powerful story, concept and visuals.  I’ll make sure the score lives up to that promise.

We start production on the film next year, so you guys will get to see (and hear) it in early 2012.  The early concept art and scripts I’ve seen thus far alone are enough to fill my imagination with musical ideas.  I think this one is going to be a lot of fun.

Check out the full press release for more details.  And stop back here in a couple days;  I’m doing two more entries about an exciting concert and contest before the end of the weekend.

Titan Rain producer and screenwriter Edmund Shern just sent me a special note to all you fans out there that I just had to post here.  He also included a picture of the big announcement in Singapore: 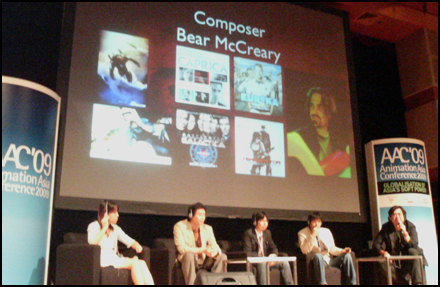 “To the fans of Bear McCreary,

Director, Atsushi Takeuchi and myself are huge fans of Bear’s work especially on BSG (which is at Season 3 in Tokyo). Given our shared respect for Bear’s ability to infuse traditional and modern instrumentation and to bring a soul to a project, we leapt at the opportunity to have Bear on board our sci-fi CG Anime.
_
My mentor, Barry Levine who is both an amazing producer (Hercules, Freedom Formula) and a veteran music supervisor (Judge Dredd, Die Hard: With a Vengeance, Driving Miss Daisy) constantly stresses the importance of a great soundtrack in augmenting the emotional depth of a story and so I decided to take things a step further by introducing the composer into the creative process at the start of the project that would in turn inspire us in what we do.
_
Following this blog has been a great educational experience and I hope that our creative process will allow for us to be equally open in sharing this amazing experience as it unfolds.
_
Until then, like you, I hungrily await more releases from Bear. C’mon Bear… R-a-z-o-r tracks already! 🙂
_
Edmund Shern
Co-Writer / Producer, Titan Rain”
_
Don’t worry Edmund!  I’m working on Razor and The Plan right now!  🙂
_
-Bear