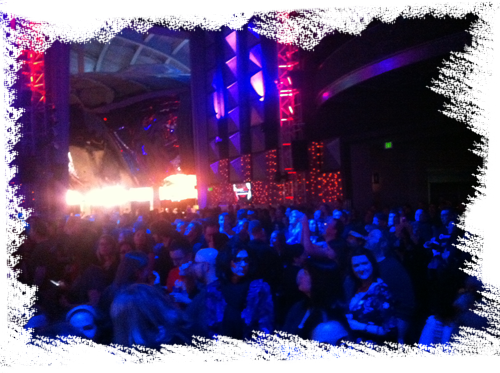 This weekend I was honored to take part in the closing celebration of the EMP Science Fiction Hall of Fame’s “Battlestar Galactica: The Exhibition.”  For the past 18 months, the museum has had remarkable memorabilia on display, including two vipers, a cylon raider, costumes and many props from “Battlestar Galactica,” as well as recorded interviews from dozens of the series’ cast and crew.

The panel itself flew by quickly, but had incredibly memorable moments.  The round of applause and rousing cheers from the audience when I was introduced was truly shocking.  Normally, when I’m on stage and hear a roar like that, I’m with my band and we’re about to go into a blasting performance of “All Along the Watchtower” or “Prelude to War.”  So, I felt a little unprepared for the warm reception, since I was only up there to speak.  (Hopefully, next time I’m on stage at the EMP Sky Church it will be for a musical performance!) 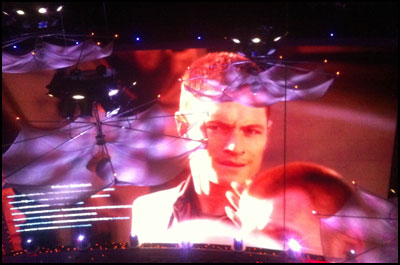 (My meager cell phone camera couldn’t possibly capture how HUGE this screen was!)

However, there was an impromptu musical performance that evening!  The crowd knew it was my birthday that night and, before I could realize what was happening, I heard 900 people sing “Happy Birthday” to me!  (They got off to a rocky start, but I conducted a little and got the group in sync pretty fast… practice makes perfect I guess!).  Spending my birthday surrounded by friends, fans and “BSG” colleagues was the perfect way to celebrate.

What else did I learn at the panel?  There’s a huge overlap of “BSG” fans and “The Walking Dead” fans.  When I mentioned I am currently working on AMC’s zombie drama, the crowd erupted into cheers. 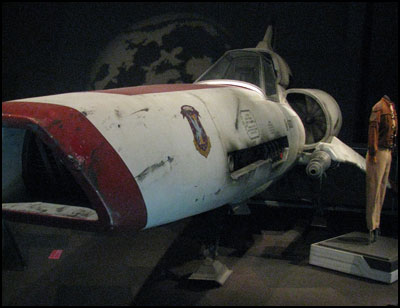 I also took the moment to formally announce I have completed scoring on the two-hour pilot of “Battlestar Galactica: Blood and Chrome.”  You will be hearing more about this project and its (admittedly kick ass) score in the near future.  I’ve been looking for the right moment to make this announcement, and wasn’t planning on saying anything about it just yet.  However, I was overcome with the joy and love from the crowd and couldn’t resist telling so many fans in person.

Here’s some great video of the panel, courtesy of “lakedesire” on YouTube. Part 1:

Part 3: I announce “Blood and Chrome” and the whole crowd sings!

The panel was relatively brief, which allowed me time to hang out and wander the exhibition with fans, speaking with everyone I could.  I met so many wonderful people!  There were a number of fans in various costumes, and for the first time in my memory, Laura Roslins out numbered Number Sixes.  I even posed for a photo with a whole crew of viper jocks and knuckle-draggers! 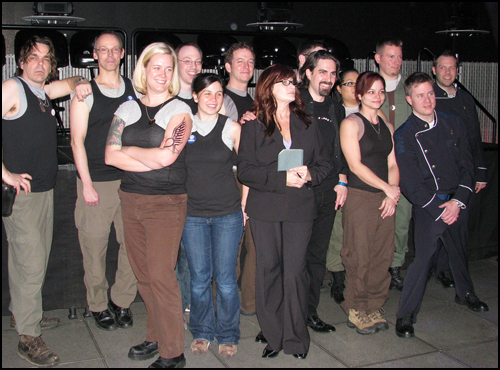 One fan even thought I was there in costume!  As I wandered the exhibit, prior to the big panel, I overheard a fan point at me and whisper to his friend: “Look at THAT guy’s costume.  He’s dressed up as Ronald D. Moore!”

Wandering through the exhibit was a surreal experience for me.  The last time I had seen these ships, props and costumes was in a vibrant and living environment.  People were hustling around wearing them, using them or operating them.  We were bringing something new to life.  Here, in the museum, everything was behind glass or off limits.  It really hit home that these incredible works of art are no longer being used to make something new, but are the last surviving physical pieces from that deep well of creativity. I am so grateful to the EMP for making them available to us all, as a way for fans, cast and crew alike to say goodbye to our beloved series. 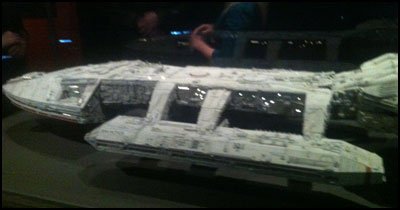 (The exhibition also featured the classic ‘Galactica,’ including this stunning model.)

I was also very moved hearing my music playing throughout the halls, cycling through various cues I had written.  As I heard each one, memories of composing them, living them and dreaming them flooded into my mind.  And to hear them now, drifting through the hallways of a museum, buildings dedicated to preserving the parts of humanity that are truly “Worthy of Survival,” was a deeply moving experience. 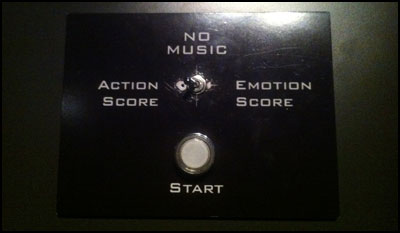 I had fun playing around with a little kiosk I had helped the exhibit planners design.  We had imagined a system where fans could try “scoring” a scene while they watched it.  The Resurrection Hub battle played on a screen where people could operate a rudimentary knob to switch between hearing dramatic underscore, percussive action underscore or sound effects only.

This worked better than I had ever imagined.  As I played around with the knob, it really did recreate the feeling I get every day as I compose, when I watch a scene and explore various musical possibilities.  If nothing else, I hope it communicated to people how many different ways there are to score a scene and that no single way is definitively correct. 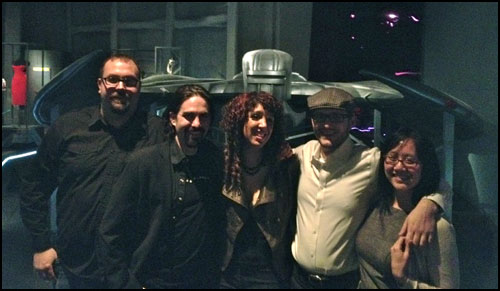 The “Galactibash” at the EMP was the perfect way to remember the remarkable experience of working on “BSG,” share in the love of the series with friends and fans and celebrate my birthday!  The exhibit will be open for a couple more weeks (click here for more information), so if you haven’t checked it out yet, now is your last chance!

Stay tuned here at the blog for some very exciting announcements about new projects, scores, albums, concerts and more details about my upcoming score for “Battlestar Galactica: Blood and Chrome.”