“The Vault of Heaven” is the third episode of Da Vinci’s Demons set in Peru, and really turns up the action. The requirements of the score were intense, as I had to follow Da Vinci through various successive traps and increase the suspense with each one.

SPOILERS BEYOND: At the beginning of the episode, Ima clearly wants to enter the Vault of Heaven alongside Da Vinci, to recreate the pairing of The Sun and The Moon, originally formed by Da Vinci’s mother and The Abyssinian. Ultimately, her intentions turn out to be treacherous. To hide that, I used an evocative quena solo playing the Ima Theme wherever possible to try to emphasize the bond between her and Da Vinci:

The audience suspects they are both using each other, of course, so the connection is fleeting. Still, her theme is haunting and useful in those key moments to establish their connection. The more effective this bond is, the more satisfying the betrayal at the episode’s conclusion will be for the audience. 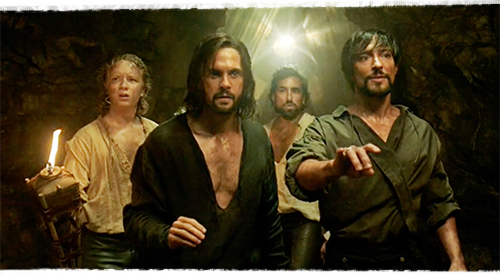 Da Vinci and his cohorts must face three distinct tests to enter the Vault of Heaven, so I composed three unique musical ideas, striving to give each test its own identity and unique source of tension. 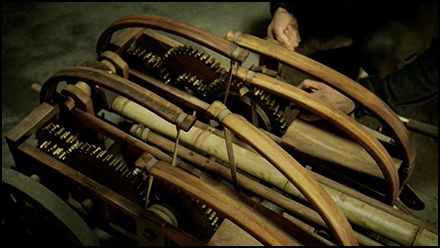 In the first, Da Vinci must engineer a small cart, The Scorpion, to traverse a deadly corridor and push a button at the end in order to open the door and deactivate the trap. The construction of this device is scored with an ostinato we’ve heard before, called The Vehicle Ostinato:

I originally wrote this ostinato in “The Voyage of The Damned,” for the maiden voyage of the Mechanical Fish. As in that sequence, there’s a sense of wonder here. There is also comedy, when not everyone in the room is as impressed with Da Vinci as he thinks they should be. I lean in to this mood with a playful, bouncy ostinato in the score. The slightly comedic twist on this first test, helps the next two feel increasingly dangerous. 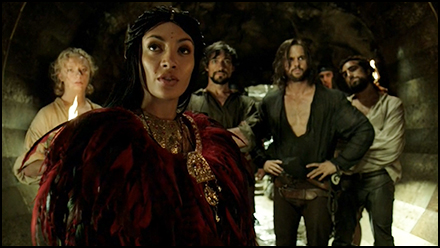 The second test takes place at a sprawling chasm, with a locked door at the other side of a narrow bridge. The reveal of the chasm is scored with a haunting solo Peruvian vocal, washed out in reverb and delay, as if it were a sound still echoing through the cave. 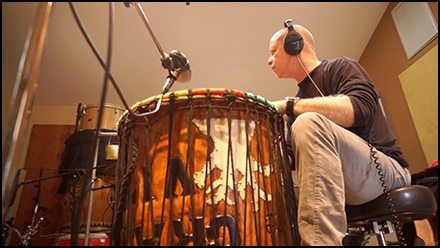 Da Vinci picks the wrong keyhole and the bridge begins to retract, leaving them only seconds to solve the puzzle. As the bridge starts to move, I introduce a heavy drum beat with Peruvian percussion, and build intensity by adding a panpipe groove above it. Da Vinci tries another keyhole, and it serves only to speed up the retraction of the ramp. Here, the score accelerates in tempo, adding playful charango parts to brighten the texture. (Yes, the charango is a South American instrument that would not exist in this time period, since it is built from Spanish influence, but this scene was so fun that I couldn’t resist adding it.) 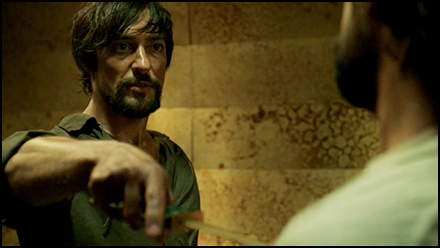 The final test is a mysterious chamber of lights. Here the conflict is between our characters as much as with the trap. Riario brandishes a weapon and threatens to kill Zo. In one of the most interesting scenes in the episode, Leonardo watches as Nico talks Riario down. The score here is built from ambiguous chords in the string quartet, while the viola da gamba states a few references to the Rome Theme. I strove to let the drama unfold naturally, without commenting too much. We are watching the conflict from the same perspective as Leonardo, so I wanted to keep the music in his POV as much as possible, and not oversell the tension that is already palpable in the actors’ performances. 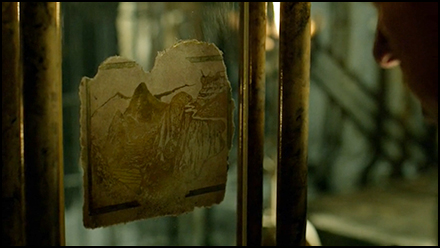 As Da Vinci deduces the spinning lights at the back of the hall are the secret to opening the door, an exciting new ostinato in the string quartet sneaks in. This groove will provide the backbone for the following sequence that intercuts between our heroes opening the door, and Mercuri stealing back the page from the Secret Archives. Let’s call this theme the Vault of Heaven Theme:

I wanted to create the feeling that we’re about to witness something epic. Da Vinci has been talking about entering the Vault of Heaven since the first episode, and we’re now moments away from it actually happening! The harmonic progression of the Vault of Heaven Theme feels circular – it keeps repeating back with different notes in the bass line, creating this sense of eternal variation. I could honestly listen to it for hours, because it never really resolves. 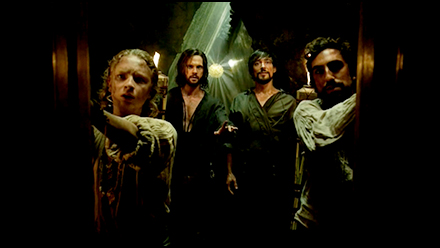 As the door finally opens, the soaring string orchestra augments the quartet and soloists with an epic statement of the Book of Leaves Theme:

This theme has been around since the first episode, and it was a moving experience for me to write this variation of it, one that finally takes us into the Vault itself. 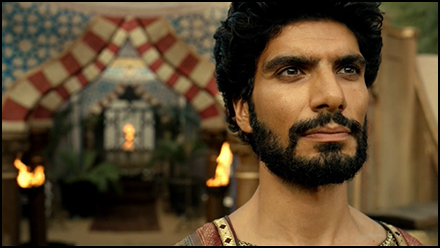 The final scene is intercut with the Lucrezia storyline, at the outskirts of Constantinople. Here, she meets Bayezid, the son of the Sultan and the presumed heir to the Ottoman Empire. Naturally, the music under these scenes quotes the Ottoman Empire Theme:

This theme was first introduced in “The Ends of The Earth,” and has grown in prominence ever since. Now, with the introduction of Bayezid, there is finally a character personifying the Ottoman Empire. This theme will also function as the Bayezid Theme in the forthcoming episodes. 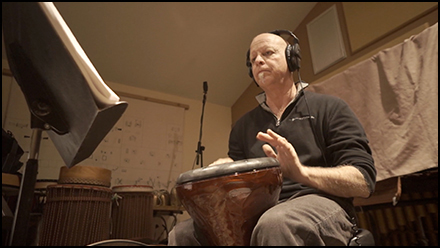 The ney and Turkish percussion are essential instruments to communicate my Ottoman Empire Theme, but I also had fun incorporating the Lucrezia Theme into these sequences.

Her theme is usually personified in a solo Celtic harp. I sprinkled sporadic statements of it throughout her scenes, most notably in the moment when Bayezid asks her name and she takes the name of her slain sister, Amelia. 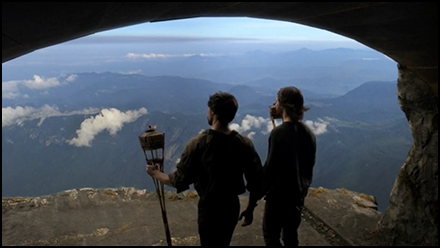 At the episode’s conclusion, Bayezid betrays her and imprisons her, at the same moment that Ima betrays Da Vinci. This simultaneous reveal is underscored with an energetic percussion and string orchestra riff that drives the tension through to the End Credits. The pulse-pounding score keeps the tension going even over the credits, marking the first time this season that the credits music has been so intense. I felt this was appropriate, given the more action-oriented nature of the episode. The music also sets up the promise of an epic episode next week, a promise the series will deliver.