Caprica: Reins of a Waterfall 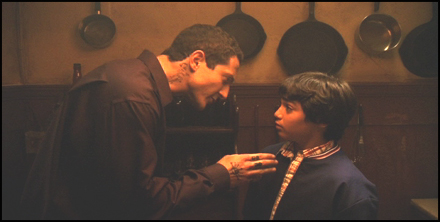 SPOILERS AHEAD: Reins of a Waterfall continues to expand the characters and the world of Caprica, and so the character themes in the score are also adapting. While this episode doesn’t introduce any new thematic material, it does use the current library of themes in new ways. 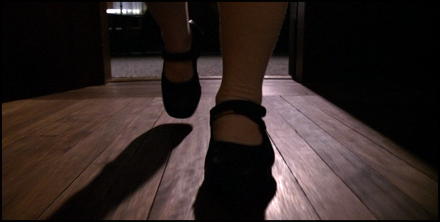 The first cue helps establish Lacey’s isolation at school, as she walks through the hallways while her fellow students scorn her for being friends with a terrorist. (Dude, her friend is frakkin’ DEAD, cut the girl some slack!) The orchestration of the main theme here is unique, because it rests atop a freely ascending accompanimental line in the violin and clarinets.

This kind of classically inspired figure would often be heard in the full orchestra in BSG or the Caprica pilot, but never in an intimate chamber orchestra setting like this. I actually explored textures like this to wonderful effect throughout Terminator: The Sarah Connor Chronicles, so I was confident the approach would work well here. 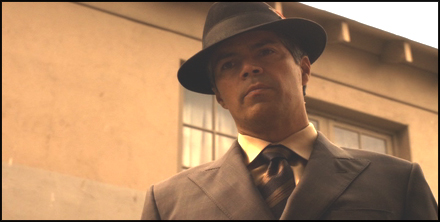 Later in the teaser, Sam roughs up Daniel before Joseph speaks with him. As Joseph first approaches, Paul Cartwright’s fiddle plays the Tauron theme with menace. This is the first time that Joseph has taken on such an intimidating role, and the score shifts accordingly.

I was pleased that the melancholy undercurrents of the Tauron melody could so easily be tweaked into a new, frightening sound. 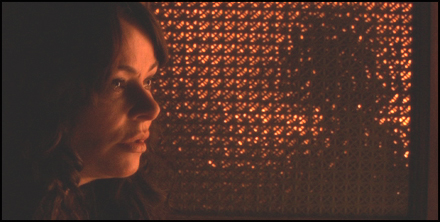 The Clarice Theme also shifts in Reins. Clarice meets with a mysterious figure named Arvo, who is clearly connected to the STO. For these scenes, the Clarice theme returns:

The theme underscores both Clarice’s dedication and belief that she’s doing the right thing, and the presence of the mysterious Arvo. Here, the Clarice Theme officially expands to becoming the STO theme.

Like Rebirth, Reins includes important pieces of source music that help establish the world, in addition to the score. The most exciting challenge in this episode was creating the music that would introduce us to Willie’s gangster lifestyle, as he ditches school and hangs out at the local Tauron club.

For the pilot and first episode, I created a musical identity for the Taurons with the Tauron Theme:

This theme brings to mind a folky, ethnic ensemble, reminiscent of the main theme in the Godfather films. However, I didn’t think that approach would work here. This scene required source, not score. In other words, the music here would literally be what the characters are listening to, and not an abstract emotional connection to their past in the underscore. 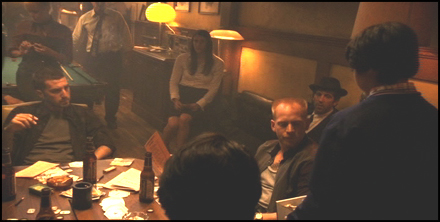 The editors temped this scene with old-timey blues music, appropriate for the fedoras and suits on screen. And on a strictly dramatic level, the scene worked great with this music.

But, something about the temp blues music in the scene really bothered me. While the Taurons have traditional tattoos, and are clearly proud of their heritage, they are also a younger generation. These are not the aged gangsters we saw in the pilot. They appear even younger than Sam. I felt strongly that suggesting that young Tauron gangsters listened to acoustic blues or jazz music was a mistake. We had already established that teenagers in the V-Club enjoy pulse-pounding electronica. Why would street hooligans only a few years older than them listen to something that sounded like it was written 50 years earlier?

I pitched an alternate strategy to the producers. These Tauron gangsters would listen to some variation of gangster music, wouldn’t they? The producers, not feeling as strongly about the music either way, gave me a shot at pursuing this idea.

I knew the music would have to feel electronic and contemporary, but also be uniquely Tauron. This would have to be music Tauron punks blast from their stereos in defiance. Hip hop bursting from car windows makes a strong statement in an urban community, and I wanted the same effect here.

I started the piece with an old-timey piano solo (recorded with upright piano samples that should ring a few bells in your BSG memories!). From there, I sketched out a basic hip hop groove and turned the track over to my brother Brendan McCreary. 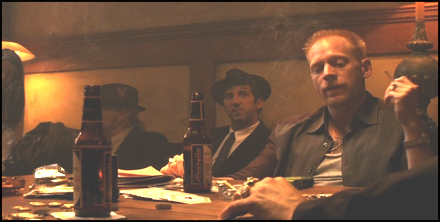 You guys all know Brendan from his BSG vocal performance of “All Along the Watchtower,” shows with the BSG Orchestra or countless other times that his voice and songs have shown up in my projects. But, this track is the most bizarre thing I’ve ever asked him to do yet! He took the basic song structure and groove I laid out and produced a fully-realized Tauron gangster rap track, taking his inspiration from Del the Funky Homosapien. We even layered in some acoustic fiddle with Paul Cartwright, so that the Tauron source music would still be connected to the Tauron theme in the score.

For lyrics, we pulled a stanza from a ceremonial Tauron song written for another episode that has yet to air. The lyrics are actually in Ancient Greek, the language that stands in for Tauron. I gave Brendan the lyrics and asked him if he could convert them into a gangster rap song. Not only did he pull it off, but he made a damn catchy hip-hop song, with a uniquely Tauron spin of course.

[audio:http://www.bearmccreary.com/wp-content/uploads/2010/01/cap103c.mp3|titles=Caprica – Voices of the Dead]

The song is called “Voices of the Dead,” one I’m very proud to be involved with. But, Brendan deserves all the credit for shaping my shitty beats and general concept into a kick-ass hip hop tune. Of course, like “Caprica Abides” in the last episode, weeks of work were put into a song that ultimately is only audible on screen for about 30 seconds. But, its important to me that the full song exists, like the hidden part of an iceberg. That authenticity makes the world of Caprica more real. And I imagine there’s a soundtrack album release that will eventually allow you guys to hear these songs in their entireties.

Rebirth and Reins are both complex episodes that lay the foundation for the first half of the season. There are even better episodes coming up. In fact, the show is just getting started.

So Say We All! Caprica Abides!