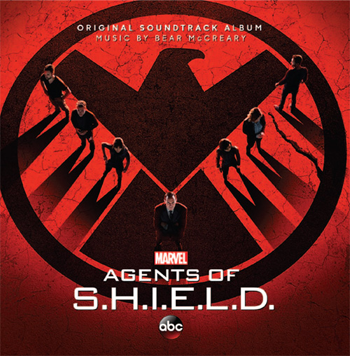 Marvel’s Agents of S.H.I.E.L.D. blasts back to the airwaves tonight! In Season Three, S.H.I.E.L.D. continues to build upon its roster of fascinating characters and satisfying storylines, to be one of the most richly-layered series around. In many ways, the series has reinvented itself this season, pushing the edges of its superheroic and science fiction genre boundaries, as well as introducing nuances of tense political and intellectual conflict. This shift has given me the opportunity to, once again, reinvent the sound of the score. 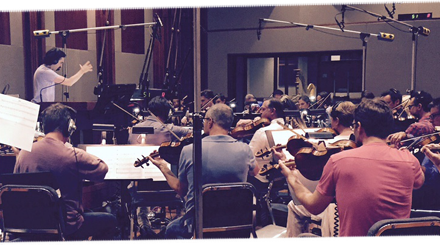 I have always had a blast writing music for Agents of S.H.I.E.L.D., combining traditional heroic orchestral writing with contemporary synthesis and electronics. And yet nothing could have prepared me for the thrilling intensity of the climax of Season Two. I think you can see how much fun we all had in my video blog from last spring, where I brought my new assistant conductor to her first large orchestral session.

The most important revelation of Season Two was the introduction of the Inhumans, a race of alien / human hybrids with unique super powers. This opened up the scope of the series in a big way. It was revealed that one of our protagonists, Skye, is an Inhuman herself. 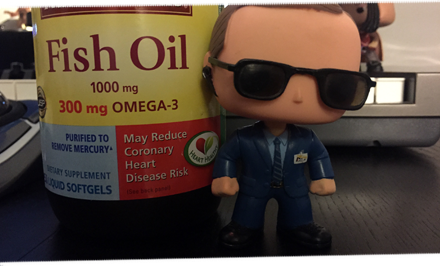 The third season opens with the same level of intensity as the second ended. Now, the potential threat of aliens is public knowledge. Inhumans have become the target of both government crackdowns and a mysterious serial killer creature named Lash. 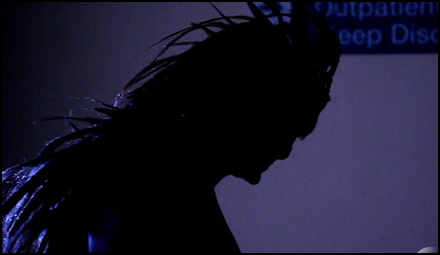 Musically, this pushed me to expand the sound of the score in a big way. To represent Lash, I brought in larger percussion: merciless pounding taikos that I digitally compressed and distorted. This new, mangled percussion sound is horrific, and will become increasingly important as the season progresses.  I also underscored Lash with a simple brass ostinato, spanning a minor third at the bottom of the instruments’ registers:

In order to get the scariest sound possible, I brought in so many trombones that they spanned across the room! We reconfigured the entire recording space in a unique way, putting them in front of the group instead of in the rear, just to make room for them all!

The first scene in the premiere features one of the biggest cues I’ve ever written. The reveal of S.H.I.E.L.D.’s new plane, the Zephyr, features my biggest arrangement yet of the iconic Main Theme, with soaring brass and cascading strings.  The entire first scene is actually already viewable online here:

Thankfully, changes in the show were not limited to just getting bigger and louder. The series takes an intellectual turn as well, with the introduction of Rosalind Price. Rosalind is in charge of the elusive and secretive government agency, the ATCU, built to control the growing perceived threat from Inhumans. 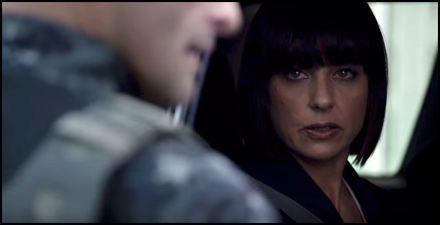 Rosalind is Coulson’s intellectual equal, and their confrontational dialog scenes together rank among my favorite scenes in this series since the pilot. They are both used to having the upper hand in debates, and continually try to one up each other. Their scenes give the series the feeling of a dense political thriller, or spy movie. These are super smart, super cool spies, doing super smart, super cool spy stuff! So, I really leaned into that, musically. I introduce light acoustic percussion, mostly egg shakers, to give the pulsing synths a softer edge. And I used an acoustic piano to play the Rosalind Theme at key moments in here scenes:

Unlike the many other adversaries Coulson has faced, Rosalind isn’t overtly menacing. She’s a mysterious character, whose motivations and affiliations are unclear. Coulson doesn’t trust her, but must respect her. Similarly, her music is meant to add intrigue and suspicion, and simultaneously allow us to have some fun with their witty banter. Their sparring battle of wits will increasingly become one of the most intense conflicts in the series, and I look forward to developing her theme further as that happens.

With twenty-two episodes before us, I look forward to diving head-first into another rollercoaster ride of action, emotion and revelation. With the writers pulling from the influential “Secret Warriors” story arc, comic fans have high expectations, and I’m confident that S.H.I.E.L.D. will deliver. 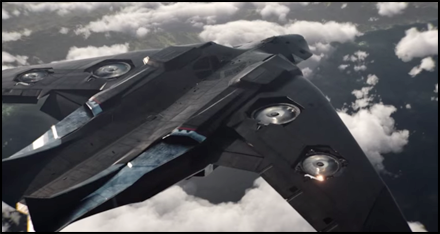 Speaking of delivering, I’m also thrilled to announce that my score for Marvel’s Agents of S.H.I.E.L.D. is finally available! The release comes courtesy of Hollywood Records, and is available from iTunes and most digital retailers. For the collectors, the physical CD edition comes out in a couple weeks! Follow me on Facebook or Twitter for updated details as they become available.

Looking back, I have written a shocking amount of music for this series, since each episode includes an average of 30 minutes of score, and there have been 44 of them to date! So, narrowing the music from Season 1 and Season 2  down to a 79-minute disc was no easy task. However, I’m thrilled with the result.

Personally, I think S.H.I.E.L.D. ranks among the strongest albums I’ve ever put together, because only the best of the absolute best made the cut. Since fans are curious, here’s the detailed track listing with the specific episodes the music is drawn from: 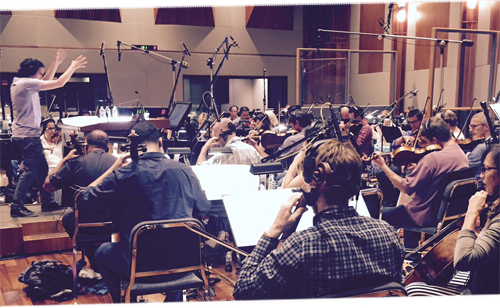 Listening to my score for Marvel’s Agents of S.H.I.E.L.D. in album format reminds me again of how grateful I am to be involved with this series. This soundtrack album takes me back to my childhood, when I was 13 and first becoming immersed in adventure soundtracks. When I listen back, I hear an unleashed orchestral imagination playing alongside fantastic tales of super spies, monsters, magic, aliens and action. There’s something so utterly joyous about this music to me. I’m thrilled that fans can finally hear it as an album experience. 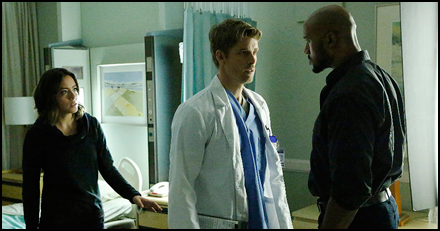 I am immeasurably grateful to everyone I work with on this series, in particular Jed Whedon, Maurissa Tancharoen, Jeph Loeb, Joss Whedon, Jeff Bell, Dawn Soler, Glen Kannon, Megan Bradner, and everyone at Marvel and ABC for their creative leadership and support on this incredibly ambitious project. I also owe an extra special thanks to Chris Cheramie, Robert Parigi, and the brilliant post-production team, as well as the remarkable cast and crew, for creating such an inspiring series; to the musicians and studio crews for bringing their best week in and week out, and to all my friends and family for supporting me.

I have the feeling Season Three will be our greatest yet. I hope fans enjoy the ride as much as I know I will!  🙂